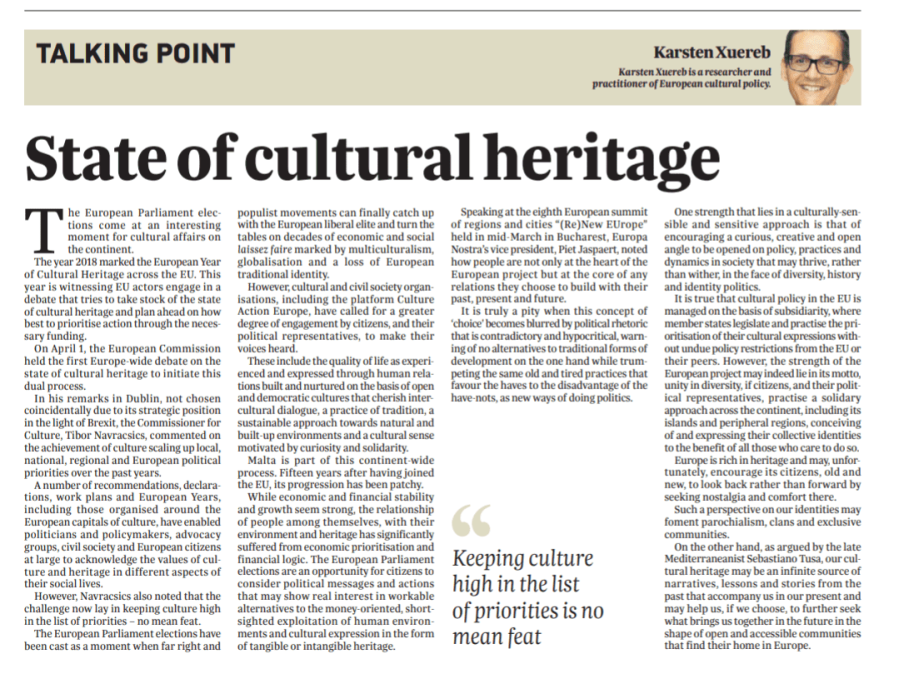 This article addresses the state of culture and heritage in the light of the 2019 European Parliament elections in May.