At the very end of winter and therefore on the eve of spring, the scientific and technical committees of the Phoenician Route met in Selinunte, Western Sicily, welcoming the addition of a Maltese partner.

Representing the cultural organisation Inizjamed, with its twenty-year history and active record in engaging and supporting intercultural exchange and dialogue in the Mediterranean through artistic collaboration, particularly in the fields of literature and translation, I was happy to contribute to the development of cultural cooperation in this region during meetings in and visits to archaeological and other heritage sites in Salinunte, Castelvetrano and Palermo.

In joining the route that addresses various impacts of tangible and intangible heritage of the Phoenicians on contemporary tourism in the Mediterranean, Inizjamed will be able to contribute to this positive dialogue through collaboration and exchange in the fields of the arts, research and cultural production. Following an earlier meeting in Melilla late in 2017, the meetings in Sicily took stock of progress achieved and set out future steps for the foreseeable future. Technical matters went hand in hand with significant reflections as well as anecdotes of particular relevance to the development of an international collaboration that tries to connect heritage, tourism and political exchange. Very ably and energetically led by Antonio Barone, director of the route, the group included Prof Giovanni Brizzi, as president and renowned expert in the field of heritage, Lebanese architect Rachid Chamoun, Toulouse-based French academic Jocelyne Napoli, sustainable tourism expert Enzo Finocchiaro, president of the Tunisian union of guides and Carthage expert Walid ben Cheihk Ahmed and last but not least, Prof Antonio Ruiz, a veritable authority on Iberian heritage.

Current contexts, including the Council of Europe routes, of which the Phoenician route is one of the more productive, the European Year of Cultural Heritage 2018 designated by the European Union, the European Capital of Culture in Malta and Palermo as Italian Capital of Culture provided interesting frames for discussion and promised exciting prospects for future collaboration within the Mediterranean sphere. The third anniversary of the terrorist attacks on the Bardo Museum in Tunis, the challenges faced by the various cultural sectors in Europe and the Mediterranean in the midst of ongoing economic and financial difficulties, and the cultural and social deficit and detachment experienced by national and regional institutions with regard to citizens of particular territories and migrants across and to cities in and around Europe and the  Mediterranean, offered a healthy dose of realism and call to serious and sustained reflections and actions through cultural means.

Future actions in the immediate future include the strengthening of the network and its partners including further collaboration with and in Malta. 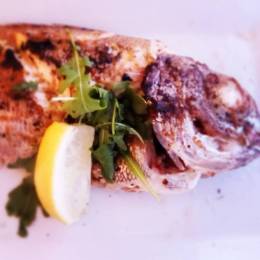